History of the EMC

The Evangelical Methodist Church came into being in 1946 in Memphis, Tennessee. Dr. J.H. Hamblen was elected chairman of the meeting in Memphis and as the first General Superintendent at the organizational conference in November of that year. With a firm conviction that the gulf that separates conservative and liberal thought in the church is an ever-widening chasm which can never be healed, the Evangelical Methodist Church came into being to preserve the distinctive Biblical doctrines of primitive Methodism.

In regard to the emphasis of the new organization, the minutes of the meeting in Memphis on May 9, 1946 read as follows:

The church government adopted was the Methodist Episcopal Book of Discipline with the insertion of two congregational elements that allowed church property to be invested with the trustees of the local church and the calling of the pastor who has EMC credentials and a recommendation by the superintendent. This created a hierarchical Methodist ‘connectional’ government for accountability and governance by a Evangelical Methodist Discipline alongside two ‘congregational’ aspects. A new phase was used, ‘congregational and connectional’. 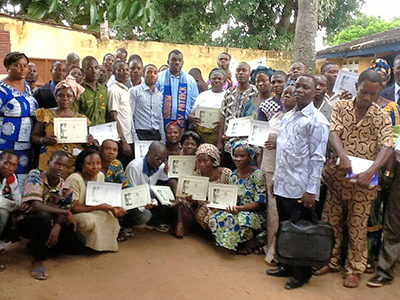 In praying for the new movement, Dr. Hamblen prayed: “Oh, Lord, if this movement be of Thy will, bless and prosper it; but, Lord, if not of Thy will, then let it die here and now.” After this quote, Dr. Hamblen writes in his autobiography, “…After we voted unanimously to organize, one of the group took a letter out of his pocket from Dr. H. C. Morrison, in which he said just two years before he died, ‘Some day God will raise up a man who will organize an Evangelical Methodist Church.'” (A Look Into Life, pg. 118)

At the first conference, Dr. Ezequiel B. Vargas, Superintendent of the Mexican Evangelistic Mission, proposed that this work become a part of the Evangelical Methodist Church, which was approved.

On June 4, 1960, the Evangel Church, Inc. in session at its Annual Conference voted to unite with the Evangelical Methodist Church and thus become a part of the California District. Formally known as the Evangelistic Tabernacles founded by Dr. William Kirby and Dr. Cornelius P. Haggard. The merger was approved by the Western Annual Conference of the Evangelical Methodist Church on June 22, 1960. Dr. Hamblen writes of this event in his autobiography of the advent of Dr. C. P. Haggard, “…I made it a matter of prayer that God would send a man who could take my place if anything should happen. At the Phoenix Conference as I was preparing to call the Conference to order, a tall, ruddy faced young man came in the front door. God spoke to my heart, ‘There comes your man.’ I was not sure who he was, but I arose and went down the aisle. He reached out his big hand and greeted me and said, ‘I have come to join you.'” (pg. 119) Dr. C. P. Haggard served as an Assistant General Superintendent, but declined to be the General Superintendent to serve Azusa Pacific College, now Azusa Pacific University.

Congregations are located in Mexico, Canada, Burma/Myanmar, Europe, The Democratic Republic of the Congo, South Africa, the Philippines, and 24 U.S.A. states.  The Evangelical Methodist Church serves in 20 other countries of the world through various organizations. Inquiries are received regularly.